Among older patients with AF with well-controlled blood pressure, similar frequencies of spontaneous hemorrhages were observed in patients given warfarin or dabigatran. However, with dabigatran lower absolute rates were observed at all sites and of both fatal and traumatic intracranial hemorrhages.

Among participants in the RE-LY trial [1](Randomized Evaluation of Long-term anticoagulant therapy), intracranial hemorrhages occurring during anticoagulation were analyzed.

Data were analyzed from 18.113 patients with AF from 951 sites in 44 countries in the RE-LY trial who were assigned to either adjusted-dose warfarin (target INR 2-3) or dabigatran 110 mg or 150 mg bid.

The results during a mean of 2.0 years of follow-up 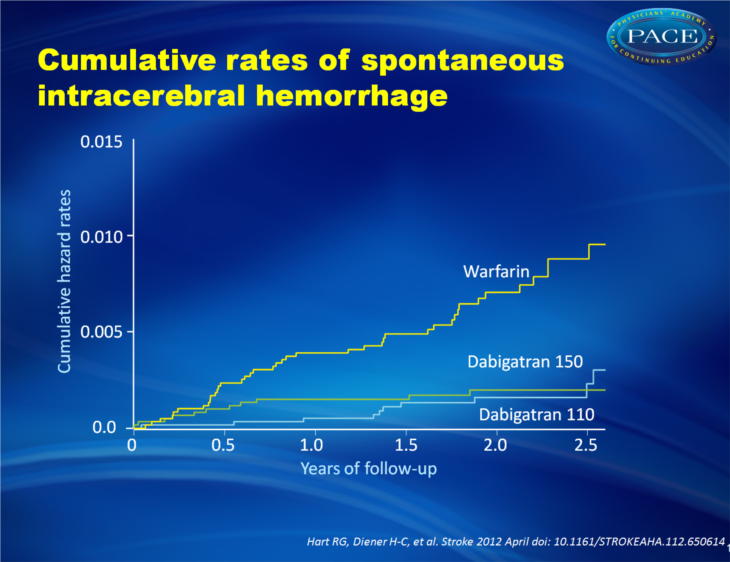 The clinical spectrum of intracranial hemorrhages was similar for warfarin and dabigatran in older AF patients with well-controlled blood pressure. Dabigatran showed substantially lower absolute rates of all sites of ICH and of traumatic ICH; fatal ICHs were substantially less frequent with dabigatran. Aspirin use was the most important independent risk factor for ICH, as shown in previous studies as well [2-5].