In the year 2040, it is estimated that more than one in every four Europeans and more than one in every five North Americans will be 65 years or older.[1] The health of the elderly of the future is partly determined by their exposure to metabolic risk factors during their life course. Metabolic risk factors including obesity, hypertension, and dyslipidaemia substantially increase the risk of chronic and in particular cardiovascular disease (CVD),[2–6] which is the main cause of disability and death in most high-income countries.[3,7] Knowledge about risk profiles of today’s generations is essential since it determines the disease burden later in life.
Generation shifts in metabolic risk factors were evaluated in this cohort study, by describing changes within four 10-year generations of Dutch adults (n=6377) during 16 years of follow-up.
The principal risk factors measured were body weight, blood pressure, total cholesterol levels, and levels of high-density lipoprotein (HDL) cholesterol.
The subjects were stratified by sex and generation at baseline into ten-year age groups (20–29, 30–39, 40–49, and 50–59 years); the follow-up analyses aimed to determine whether one generation had a different risk profile from a generation born ten years earlier - called a "generation shift".

Adult generations of today are less healthy than their counterparts of previous generations. The prevalence of metabolic risk factors and the lifelong exposure to them have increased and probably will continue to increase, with development of overweight-related diseases, such as diabetes and cardiovascular disease, as a consequence. 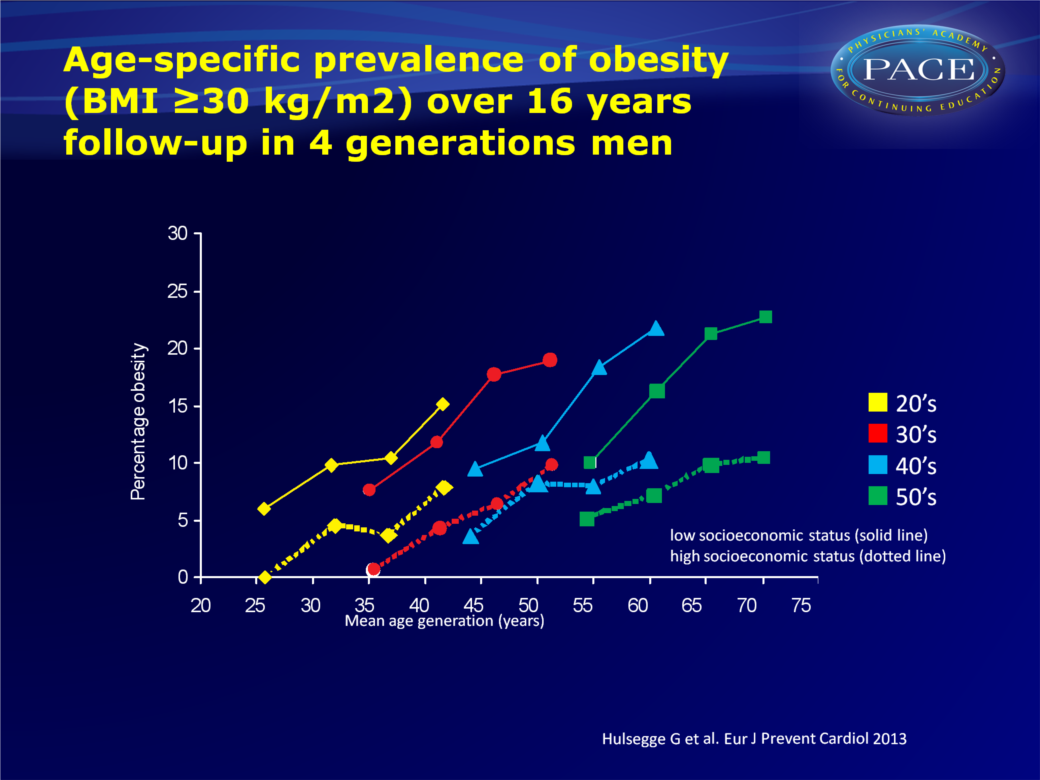