In the SPIRE trials, patients on maximally tolerated statins and at high CV risk were randomised to bococizumab 150 mg SC Q2W or placebo. Bococizumab is a humanised antibody (over 90% human) directed against PCSK9.

Based on the completed SPIRE lipid-lowering trials, it was decided on November 1, 2016 to discontinue further development of bococizumab. Consequently, the SPIRE-1 and SPIRE-2 outcome trials were discontinued prematurely.

These data show that the PCSK9 antibody bococizumab lowers LDL-c by 55-60% when given in addition to statin therapy. An unanticipated attenuation of this effect was seen over time due to the development of anti-drug antibodies. This higher immunogenicity also explains the higher rate of injection site reactions observed with bococizumab, as compared with fully human monoclonal PCSK9 antibodies.

Despite the anti-drug antibody production and the individual response and early trial termination, bococizumab significantly reduced CV event rates in the higher-risk SPIRE-2 trial, but not in the lower-risk SPIRE-1 trial. Consistent with the ‘lower the better for longer’ hypothesis, clinical benefits were greater in those who achieved and sustained greater absolute and relative reductions in LDL-c. Thus, these data support the use of PCSK9 inhibitors in selected patients in addition to aggressive statin therapy.

Our coverage of ACC.17 is based on the information provided during the congress. 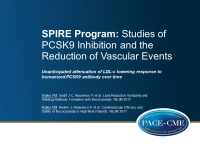 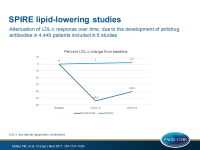 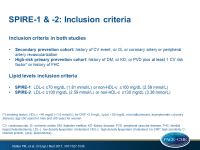 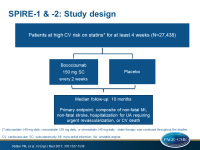 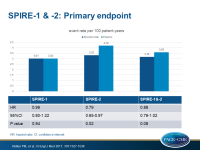 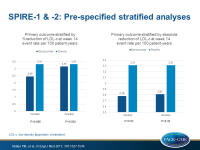 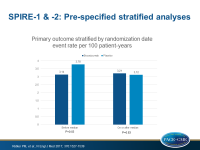 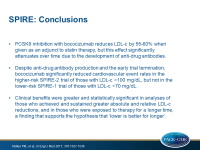