Fewer than half of hypertensive Americans had controlled blood pressure in 2001-2002 [1]. Thus far, no successful long-term large-scale programme has been described. A review of 72 clinical trials has identified several interventions that can improve blood pressure control in primary care settings [2].
Kaiser Permanente Northern California (KPNC) a not-for-profit integrated health care delivery system caring for over 2.3 million adults. Comprehensive inpatient and outpatient care is provided through 21 hospitals, 45 medical facilities, and over 7000 physicians. A multifaceted quality improvement program for hypertension was developed by KPNC in 2001. This paper describes its results for the period between 2001 and 2009. (for details on the development and implementation of the program, we refer to the original article). 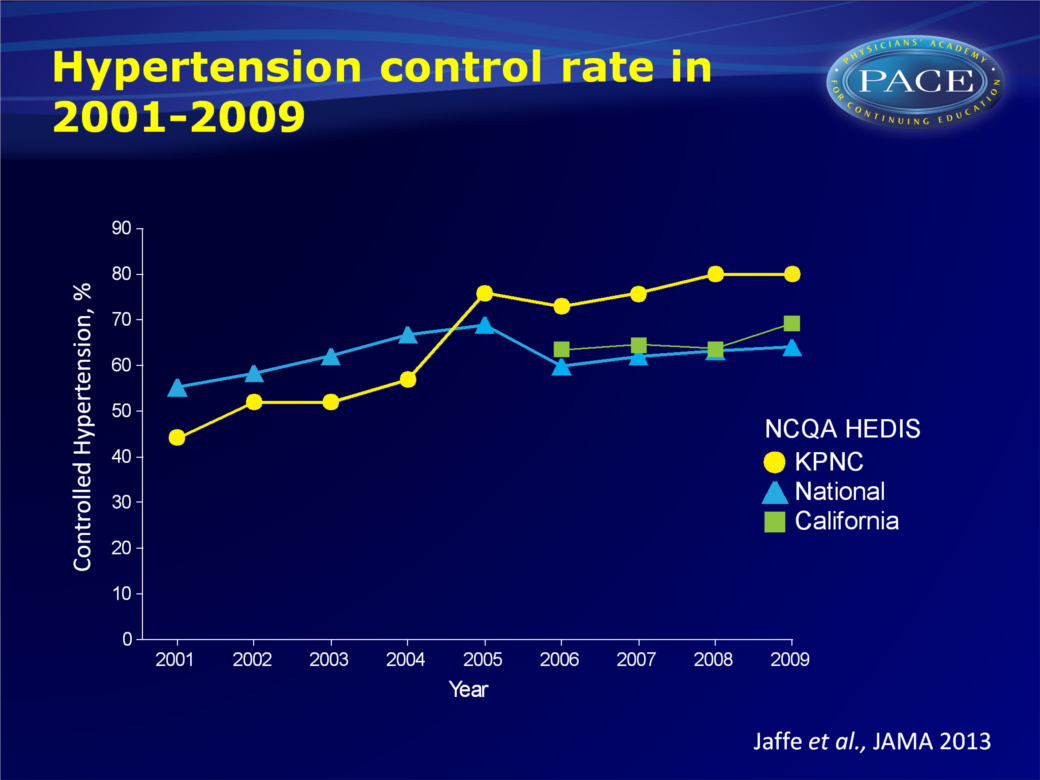 This large-scale multifactorial community-based hypertension program nearly doubled hypertension control between 2001 and 2009, a trend not seen on a state- or national level. Key elements of the program include establishment of a comprehensive hypertension registry, development and sharing of performance metrics, evidence-based guidelines, medical assistant visits for blood pressure measurement, and SPC pharmacotherapy.