Dabigatran is a direct thrombin inhibitor, indicated for the prevention and treatment of thromboembolic events in patients with atrial fibrillation (AF) [1–3]. Immediate reversal of the anticoagulation effect could be achieved with the intravenous use of idarucizumab in young and healthy volunteers [4-7].
Idarucizumab is an antibody fragment that may be useful in elderly AF patients with renal dysfunction, or AF patients who must undergo urgent surgery, or have a major bleeding event, in which case it is important to re-start anticoagulation as soon as possible after reversal, in order to prevent stroke.
In this randomised, double-blind, cross-over study, the pharmacodynamics (PD) of the reversal of dabigatran anticoagulant (oral prodrug is dabigatran etexilate, DE) effect by idarucizumab was evaluated, in 46 middle-aged volunteers vs. healthy elderly, and mild (60-90) or moderately (30-60) renally impaired (RI) volunteers. All but the moderate RI group, received low or high doses which were variable among groups; 2.5 or 5 gr for middle-aged, 1 or 5 gr for elderly, 1 or 5 gr for 60-90 RI and 2x2.5 gr for 30-60 RI volunteers. 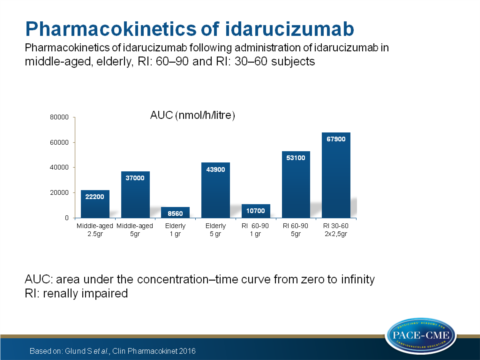 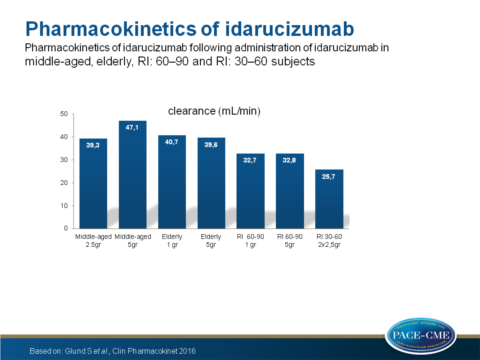 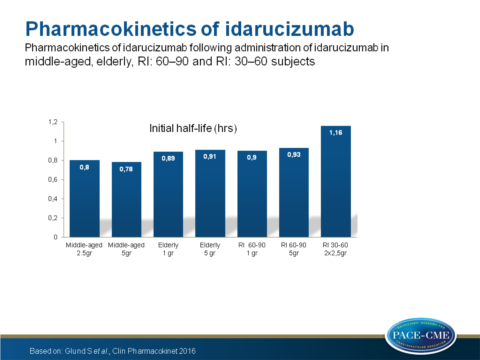 Pharmacodynamic data showed that idarucizumab resulted in immediate, complete and sustained reversal of dabigatran anticoagulant activity independent of age or renal function. Impaired renal function was associated with increased exposure and decreased clearance of idarucizumab. Idarucizumab effects were dose-dependent. All doses were safe and well tolerated.