Get involved in May Measurement Month!

The International Society of Hypertension (ISH) has identified increased awareness as a key issue in the fight against raised Blood Pressure (BP). To address the huge disease burden caused by raised BP, it is imperative that we increase the levels of awareness among the world’s hypertensive population (1).

The World Hypertension League (WHL) has been running a very successful World Hypertension Day (WHD) campaign for a number of years but undiagnosed hypertension continues to be a global burden on society, governments, health care professionals and individuals. Hence, from 2017 the ISH in collaboration with the WHL plan to facilitate the expansion of WHD into an exciting campaign and month of global BP measurement - May Measurement Month 2017 (MMM17).

We have an ambitious goal during the month of May 2017 to screen 25 million people, who have not had their BPs measured since April 30, 2016, during the month of May 2017. To reach this target, each day throughout May we will need to screen for example an average of 100 people in 100 sites in each of 100 countries (100 x 100 x 100 x 25 = 25 million!). We appreciate that the number of sites will vary from country to country based on the population size. But a target to screen 1% of the population of each country will also get us to target. We believe that this goal is achievable but it can only be met with your support and commitment.

View www.maymeasure.com for further information Read an invitation from the ISH President to get involved 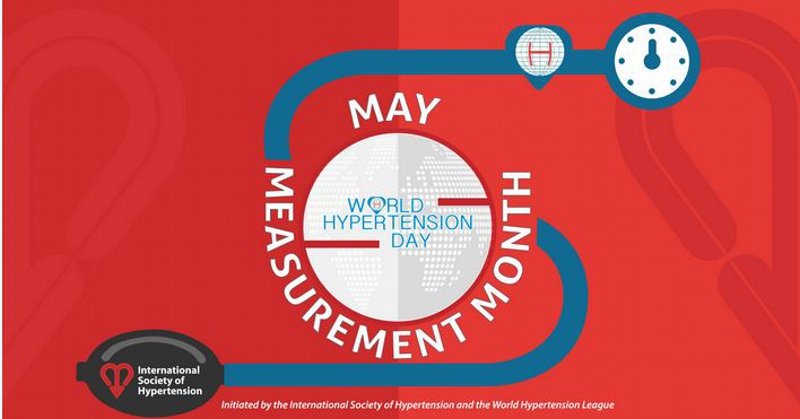 The information and data provided in this program were updated and correct at the time of the program development, but may be subject to change.