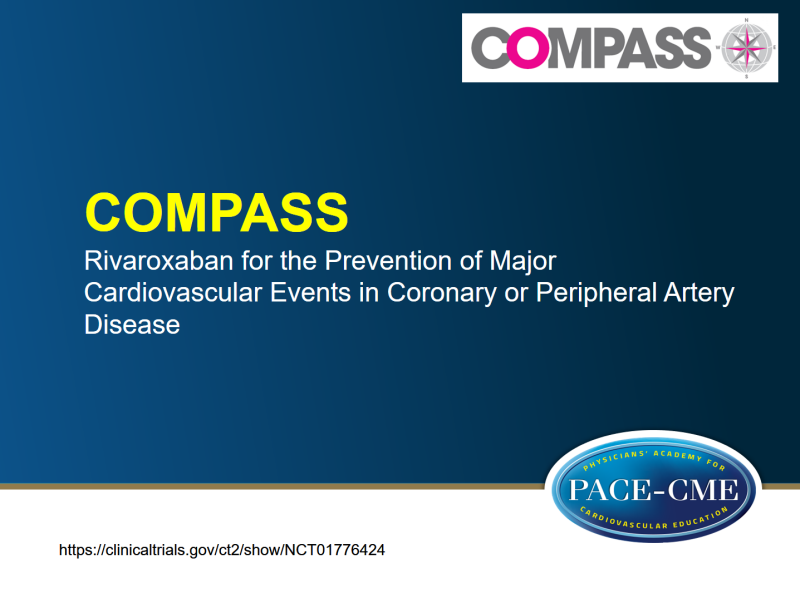 Bayer AG and Janssen today announced that the Phase III trial COMPASS evaluating the efficacy and safety of rivaroxaban for the prevention of major adverse cardiac events (MACE) including cardiovascular death, myocardial infarction and stroke in patients with coronary artery disease (CAD) or peripheral artery disease (PAD) has met its primary endpoint ahead of time. Following a planned interim analysis conducted by the independent Data Monitoring Committee (DMC), the DMC recommended to stop the trial early as the primary MACE endpoint has reached its prespecified criteria for superiority. Owing to the magnitude of effect and the confirmation of the existing safety profile of rivaroxaban, Bayer, Janssen and the Population Health Research Institute (PHRI) will offer rivaroxaban to study participants in an open-label extension trial. The COMPASS study is the largest clinical study of rivaroxaban to date.

The Phase III COMPASS study was conducted in collaboration with the PHRI and has enrolled 27,402 patients from more than 600 sites across more than 30 countries worldwide. In the study, patients were randomized to receive either rivaroxaban 2.5 mg twice daily in addition to aspirin 100 mg once daily, rivaroxaban 5 mg twice daily alone, or aspirin 100 mg once daily alone.

COMPASS is part of the extensive investigation of rivaroxaban, which, by the time of its completion, is expected to include more than 275,000 patients in both clinical trials and real-world settings.

“Despite established and effective treatments, an unmet medical need in this patient population still exists with rates of CAD and PAD rising globally,” said Dr Joerg Moeller, Member of the Executive Committee of Bayer AG's Pharmaceutical Division and Head of Development. “Bayer is committed to an ongoing clinical development programme that addresses such unmet medical needs. We are excited about these results and look forward to making rivaroxaban available to patients with CAD and PAD to reduce their risk of major adverse cardiac events.”

A complete data analysis from this study is expected to be presented at an upcoming medical meeting in 2017. 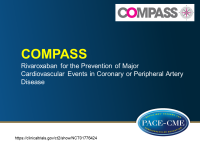 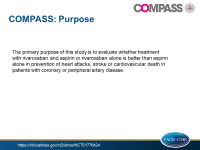 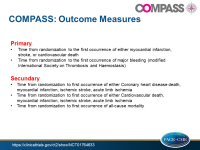 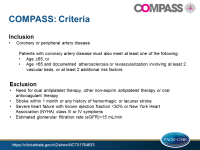 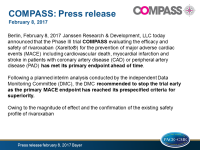