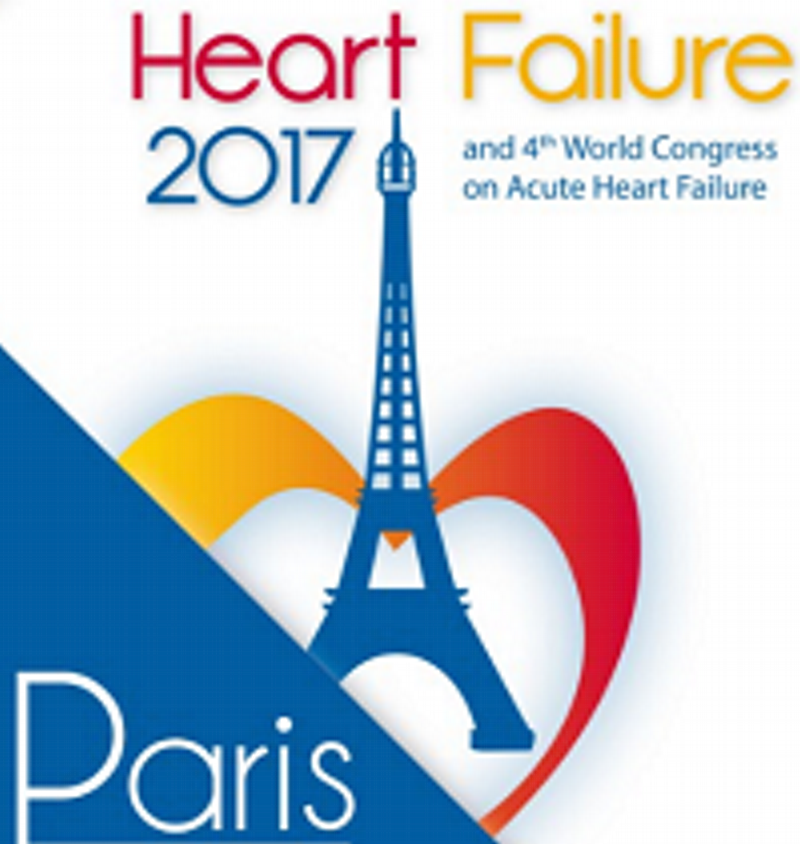 A new type of session in the programme of the ESC Heart Failure congress were the Grand Debates on the most popular controversies in the management of heart failure, in which specialists defended a position in front of their opponent. This debate, Milton PACKER (Dallas, TX, USA) and Alexandre MEBAZAA (Paris, France) tried to convince the audience about their view on the use of vasodilators in acute heart failure (AHF).

Gerasimos FILIPPATOS (Athens, Greece) set the stage for a debate on this topic, by showing the treatment algorithm on how best to use vasodilators for management of patients with AHF, which is given in the ESC HF guideline. Vasodilators play an important role in many parts of AHF management. Then the question arises: why have a debate on this topic? Because it is unclear if vasodilators have a clinically relevant effect. The PROTECT study showed a modest improvement in long-term prognosis with use of nesiritide in patients with decompensated chronic HF and in ASCEND-HF 6 and 24 hour dyspnoea was slightly better in patients who received nesiritide as compared with placebo. Presented at this ESC HF congress, the RELAX-AHF-2 data showed no effect of serelaxin treatment on CV mortality through day 180.

The ESC Guidelines on Heart Failure, published in 2016, also mention the role of nitrates (vasodilators) in the management of AHF in a list of gaps in the knowledge in AHF. Hence, there is reason for a debate.

Milton Packer was assigned to discuss vasodilators as the end of the beginning, but he chose to change it to the end of the end. He looked back at the prevailing hope of twenty years ago, that if only the right drug would be developed, and if it would be given in the right way at the right time, patients with AHF would be relieved from symptoms, hospitalisation would be shorter, and myocardial injury would be reduced and life prolonged.

Various strategies have been evaluated in large-scale clinical trials in AHF, including volume depletion, use of nitrate-type vasodilators, positive inotropic agents, norepinephrine and angiotensin attenuation, or endothelin, vasopressin and adenosine antagonists, and endogenous peptide vasodilators. Most trials have yielded disappointing results, showing at best modest effects, but often no clinical benefit. What are the reasons for our inability to discern a benefit of acute interventions?

Often, a pharmacological effect has a favourable effect on a biomarker. The rationale of modifying a biomarker is often that when the biomarker is modified towards the non-disease state, this also leads to a clinical improvement. In AHF, however, little correlation seems to exist between the biomarker and dyspnoea, length of stay, rehospitalisation and death. Moreover, the correlation is blurred by intensification of background therapy.

Aiming to be provocative, Packer stated that we can learn from AHF drug development programmes that AHF is an event, not a disease. With this, he meant to say that we tend to label everything and make a big deal out of it. But several previously existing ‘diseases’ do not exist anymore, in the case of HF ‘acute pulmonary oedema’ is no longer used. Nowadays we speak of ‘worsening HF’ or ‘clinical decompensation’. Also, asymptomatic increases in NT-proBNP are seen. Are these diseases or transient events?

A second lesson learnt from trials is that it is easy to develop a drug that affects biomarkers in AHF, but the relationship between biomarkers and clinically relevant outcomes is elusive, especially when it is not a disease. Moreover, Packer argued that clinical trials should not be based on the assumption that dyspnoea is a clinically relevant endpoint. Also, it turns out that short-term interventions are not likely to yield favourable long-term effects. Finally, he said that it is not realistic to expect health care systems to pay premium prices for new drugs for AHF.

When considering AHF as an event, not a disease, Packer noted that the future of new drug development is bright, if only drugs are prescribed based on their ability to influence a biomarker rather than the course of a disease (this is what physicians do already), regulatory agencies are willing to accept biomarkers as the primary determinant of drug efficacy, and if drug developers are willing to produce a new drug that can be sold for less than 150 dollars a day. Considering that this is not a very likely scenario, focus needs to lie on improving symptoms, rather than biomarkers.

Alexandre Mebazaa then set out how he saw the use of vasodilators as the beginning of the end. He emphasised that excess cardio-vascular congestion is the main cause of admission in AHF. Agents with vasodilator properties failed to improve mortality, and death after AHF is due to various causes. They did, however, show very promising trends to improve worsening HF.

To obtain better results, future AHF trials should select drugs that reduce congestion, and the primary endpoint should be a short-term outcome (e.g. in 28 days). Also, centre selection is key; trials benefit from established networks.

Mebazaa acknowledged that indeed, AHF is an event, but a deadly event. There is water in the lung, related to high pressure. This results in the ‘butterfly’ picture on a chest X ray. Right ventricular congestion has a direct mechanism to kidney and liver problems. For a long time, organ failure has been ignored in the context of AHF.

Short-term mortality is due to various factors that are not affected by agents with vasodilator properties. Precipitating factors that affect the short-term survival in AHF include occurrence of acute coronary syndrome, infection, atrial fibrillation, hypertension or non-compliance. Each of these factors have a variable effect depending on the time point and their largest contribution to the risk of AHF may be very soon after hospital admission, or weeks later. Thus, Mebazaa concluded, that the situation is too complex to be targeted with one drug. Vasodilators can solve something, but not everything.

He illustrated the complexity of treatment by showing a mountain landscape, where a mountain lake of congestion and organ dysfunction leads to cardiac dysfunction. Several rivers flowing into the lake represent contributing factors such as endothelial factors, the RAAS system, the AVP system, the sympathetic nervous system and inflammation. The rivers can be targeted with treatment, but not in de novo AHF.

Mebazaa asked the question whether we are ready to pay a high amount of money to accelerate dyspnoea relief and prevent worsening during the first five days, and answered it with yes. He showed the effect of endovascular treatment vs. medical care alone for ischaemic stroke as an example of a drug that improves morbidity, quality of life and lowers readmission. This treatment costs about 10000 euros per patient, but does not affect mortality.

Hence, Mebazaa argued that we should focus on improving morbidity, and he proposes to forget mortality, except as a safety signal.

In his rebuttal, Packer replied that nobody will want to pay for something that does not have a long impact. He thinks we focus too much on the acute episode. Shortness of breath will go away anyway. According to him, what matters most, is what you do between the episodes, to prevent AHF.

Mebazaa argued that 75% of AHF cases are de novo or cases in which ejection fraction is normal, but still these patients keep coming back. He acknowledged that we do not know well what to do in a large part of patients.

In the final discussion, Packer concluded that yes, we should use vasodilators in AHF, but no, we do not need expensive new ones that make the dyspnoea disappear an hour earlier. Mebazaa added that only giving vasodilators is not enough. And actually he suggested that we should stop saying the word. It would be best if new agents have vasodilatory effects, in addition to other effects on tissues, to protect them.