Extent of serum cholesterol-lowering associates with survival in homozygous FH

Results of these studies suggest that chances of survival in homozygous FH depend on the extent of reduction in serum cholesterol.

This hypothesis was tested in a combined analysis of data from South African and UK homozygotes treated with various lipid-lowering measures, including statins, ezetimibe, lipoprotein apheresis and evolocumab, between 1990 and 2014. For this purpose, 133 patients who were statin-naïve at baseline, were subdivided into three quartiles according to their on-treatment serum total cholesterol levels: quartile 1: <8.1 mmol/L, quartile 2&3: 8.1–15.1 mmol/L and quartile 4: >15.1 mmol/L.

A combined analysis of data from South African and UK homozygotes showed that the extent of reduction of serum cholesterol achieved by a combination of therapeutic measures, including statins, ezetimibe, lipoprotein apheresis and evolocumab, is a significant determinant of survival in homozygous FH. 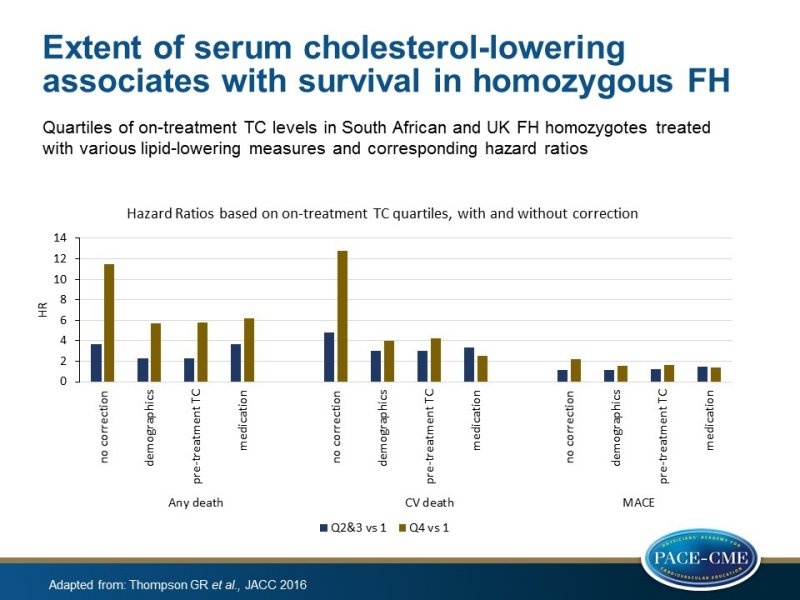