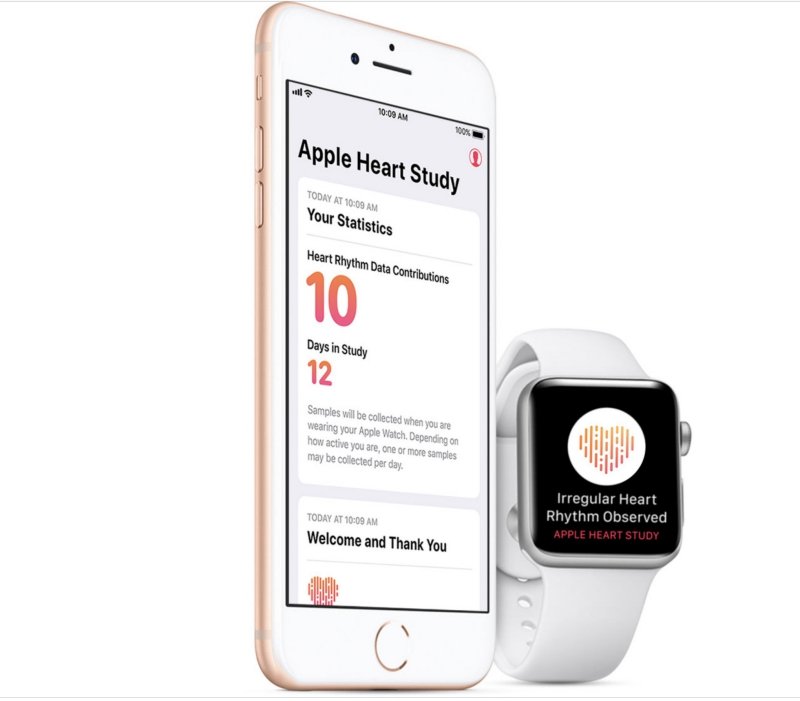 Smart watch can detect AF: a beginning of an era with new wearable technology to screen AF?

Wearable fitness devices and health care apps to track heart rate and other health measures allow consumers to monitor their own health data. Apple Watch is one of these devices, and it contains light sensor technology (photoplethysmography) that can intermittently measure blood flow activity and detect subtle changes that might be indicative of an irregular contraction or heartbeat.

The Apple Heart Study was set up to evaluate how well the Apple Watch can identify and prompt subsequent clinical evaluation for atrial fibrillation (AF). The Apple Watch creates a tachogram (periodic spot measurements). Detection of an irregular signal was followed by more frequent tachogram collection. The tachograms are analyzed by an algorithm that determines if an irregular rhythm may be present. If the sign suggestive of AF was not confirmed, sampling returned to usual frequency. In case of 5 confirmations suggestive of AF, a notification was sent to the watch. After a notification, participants could connect to a telehealth doctor, via their phone. An ECG Patch would then be sent through the mail. Again by phone, the results of the ECG would be discussed with a telehealth doctor, after which participants were followed-up through a survey at 90 days or end of study. Although the latest version of Apple Watch contains an ECG feature, this technology was not used in the algorithm of this study.

The Apple Heart study was a prospective, single arm, open-label study that included US residents of 22 years and older, who owned an iPhone (5S or higher) and an Apple Watch (series 1-3). Persons with AF or atrial flutter could not enroll, nor those currently using anticoagulation. The main study goal was to evaluate the ability of the irregular pulse notification algorithm to identify AF and guide subsequent clinical evaluation. 419.297 People self-enrolled in the Apple Heart Study between November 2017 and July 2018, of whom 42% were female.

Based on these data, the investigators conclude that the Apple Heart study was an operational success, with 419.297 participants enrolled in 8 months. The irregular pulse notification rate was low, with 0.52% in the overall group. The PPV of 0.84 for notifications supports the ability of this system to correctly identify AF among those notified. This technology and its potential use should now be subjected to rigorous investigation in clinical setting.

The investigators acknowledged several limitations of the study. The virtual study design (large, quick and pragmatic) meant that the enrollment criteria were self-assessed and the outcomes were self-reported. Moreover, a higher number of drop-offs after notification than anticipated was seen: fewer than anticipated telehealth study visits and ECG patches were reported.

During the press conference, discussant Matthew Martinez (chair of the ACC Sports & Exercise Council) noted that more and more of his patients ask about the potential value of an Apple Watch. He is positive about the patient engagement it can induce. Outstanding questions around applying the technology relate to how much AF is enough to be relevant and what types of rhythms will be detected? Martinez thinks there is value in the detection, to be able to then have the conversation about how to act on it. Risks of this technology include overdetection, but in this study, the detection rate was low. This study showed the feasibility of testing this kind of technology at such large scale, and this proof-of-concept study should be considered only the beginning of evaluations of this type of technology.

Another discussant, Annabelle Volgman (Rush Heart Center for Women, Chicago, IL, USA), said this work is important in light of patients’ fear of for stroke. The algorithm can identify persons who are not aware that they are at risk. She noted that the US Preventive Task Force currently does not recommend screening for AF, because of a lack of data. This study yielded a lot of data; and she repeated that this study is the beginning of much more research on the matter.

It was anticipated beforehand that there would be many false alarms, which turned out not to be the case. The panel during the opening session had noted that this study addressed a question that is different from what is often tested: this is not a device; patients are not measured continuously. That is why the gold standard of the ECG patch was included. From here, they can move on to an RCT study design. The current study was relevant to learn how people respond to the notification.

Martinez added that the findings do not necessarily reflect what he sees in practice and he wondered whether there is alarm fatigue, or whether patients got used to the extra beats, or that they thought the confirmation of irregular pulse was reassuring. That is unknown as yet. It was also noted that the generalizability of the results is limited to people who can afford an Apple watch; this was not the general population. And, unfortunately most participants were under 40 years old.

- Our coverage of ACC.19 is based on the information provided during the congress -

Do you anticipate that wearable consumer technology like Apple Watch will play a role to screen for AF in the future?