Presented at the ESC congress 2019 in Paris, France by: John McMurray (Glasgow, UK)

Dapagliflozin reduced the composite outcome of CV death and worsening HF event in HFrEF patients with and without diabetes in comparison to placebo. In addition, CV death was reduced and symptoms improved with dapagliflozin therapy compared to placebo. John McMurray concluded ‘this is an important breakthrough for patients with a terrible disease’.

In response to the question why this trial did enroll patients with T2DM instead of excluding them, McMurray responded that the investigators wanted to enroll typical HFrEF patients, and a large percentage has diabetes.

A consistent benefit of dapagliflozin was observed in patients using sacubitril/valsartan and those without this drug. McMurray said this was expected, as SGLT2 inhibitors work differently. This is great news, because there are now two new drugs. 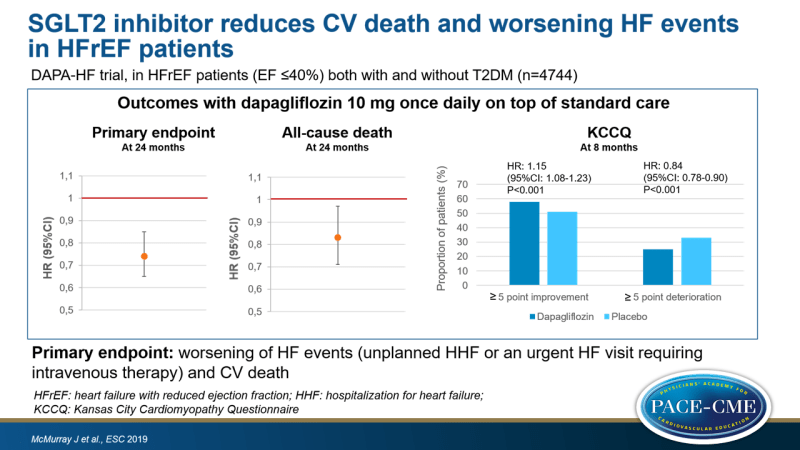