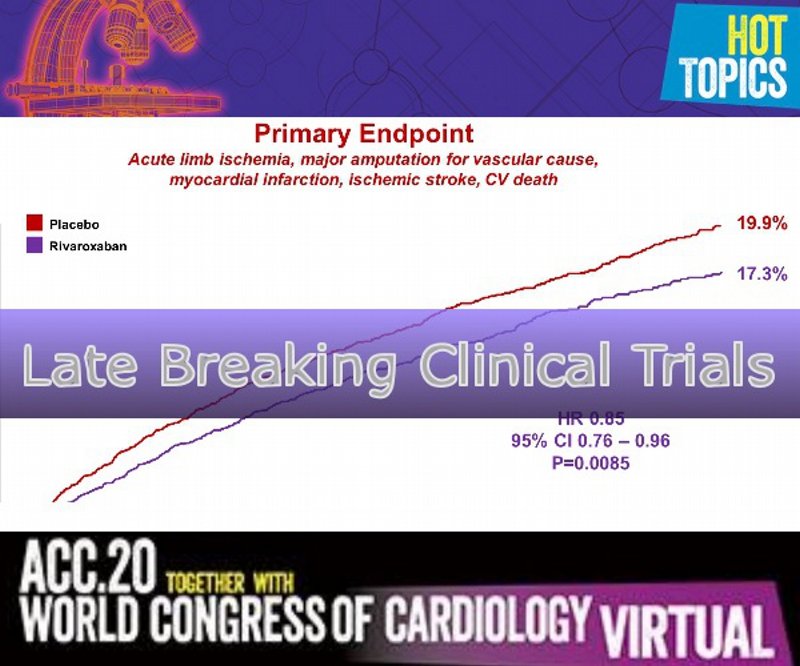 Patients with lower extremity peripheral artery disease (PAD) frequently develop limb symptoms, which are treated with revascularization therapy. However, after revascularization, acute limb ischemia may develop which is associated with long hospitalizations and high incidences of limb loss, disability and death. Medical therapy for prevention of major adverse CV events (MACE) and major adverse limb events (MALE) after revascularization has not been defined and no class I recommendations for medical therapy exists. The COMPASS trial demonstrated that low dose rivaroxaban with aspirin reduces MACE and MALE in patients with chronic stable PAD compared to aspirin alone.

In PAD patients who had undergone lower-extremity revascularization, treatment with rivaroxaban 2.5 mg twice daily with aspirin as compared to aspirin alone significantly reduced risk of the composite outcome of acute limb ischemia, major amputation for vascular causes, myocardial infarction, ischemic stroke, or death from CV causes. TIMI major bleeding was numerically increased and incidence of ISTH major bleeding was significantly higher after rivaroxaban treatment, but no difference in ICH and fatal bleeding was observed with rivaroxaban and placebo.

The results were simultaneously published in NEJM