In this network meta-analysis the safety and efficacy of oral P2Y12 inhibitor strategies, including a guided selection approach by platelet function or genetic testing, was examined for the treatment used in the setting of ACS.

Primary efficacy outcome was MACE, as defined in each individual included trial. Primary safety endpoint was all bleeding. 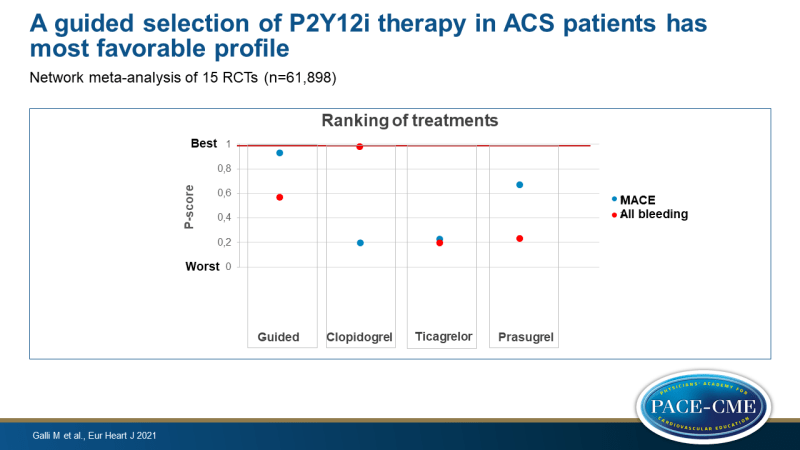 This comprehensive network meta-analysis including 61,898 patients from 15 RCTs, in which different P2Y12 inhibiting strategies were compared in ACS patients, showed that a guided selection of P2Y12 inhibiting therapy had the most favorable safety and efficacy profile; significant protection against ischemic recurrences without enhancing the risk of bleeding.

The authors write: “These findings support a broader adoption of tools, including platelet function and genetic testing, to enable a more personalized selection of antiplatelet therapy among patients with ACS.”